Tumbler and pitcher for Lobmeyr / 2O18

The title of this new series has a double meaning: Scotch is descriptive in terms of being a scotch tumbler and pitcher. But it is also referring to sticky tape which was the inspiration for the decor. In fact the engraved band recalls the sealing paper strip on a bottle’s tap. Being placed on the tumbler its two different ending heights indicate respectively two different volumes: 6 and 12 cl. 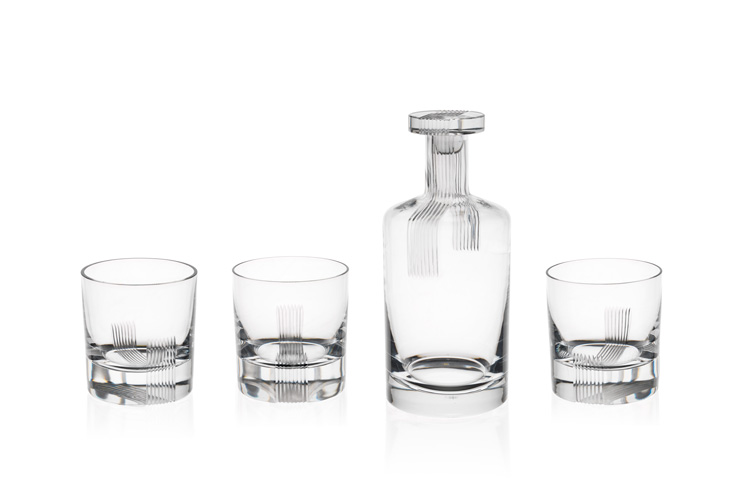 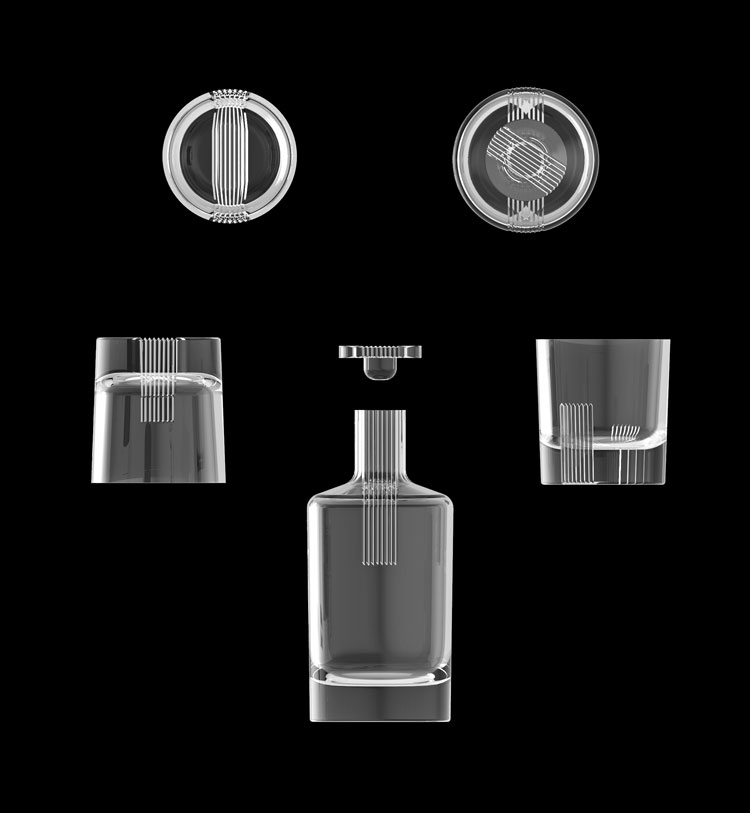